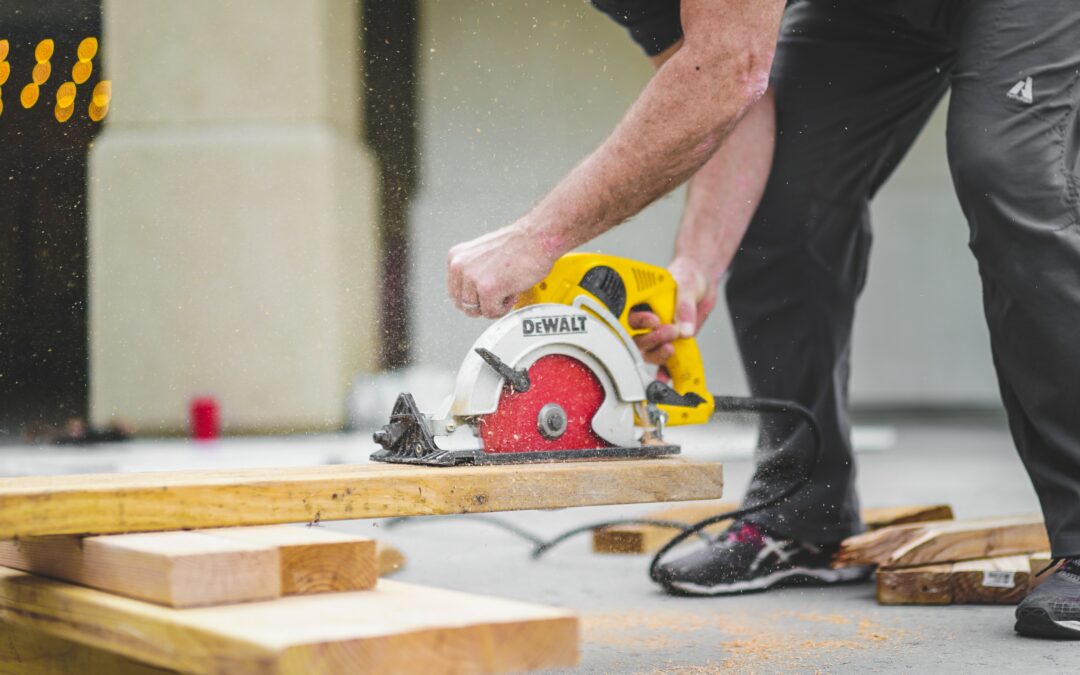 Now is a great time to become a carpenter.

Carpenters are in high demand, and there’s a shortage of good ones. During the housing bust in 2008, many carpenters left the profession and pursued other employment. Meanwhile, starting in the ’70s, high school guidance counselors began stressing the importance of a college degree to students. The trades were ignored. Now there are many carpenters entering retirement.

Bottom line, it’s a golden opportunity for someone who wants to become a carpenter. You’ll have no problem finding work.

Read: Why the skilled trades might make a good fit for you.

In this post, we look at what it takes to become a carpenter and succeed in the profession, what the job consists of, what training is needed, and how much you can expect to earn. When you’re done with this post, you’ll have a great idea if carpentry is a good option for you.

What does a carpenter do? 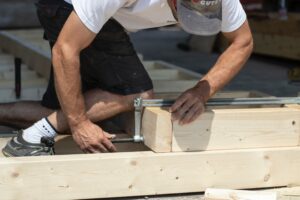 Broadly, carpenters work with wood-based materials in the construction of homes and commercial property. In a given day, you may be asked to:

Many people got into carpentry because they learned it as a child. For example, Les Katt, president of Katt Design and Carpentry in Grand Rapids, used to help his grandfather, an “ornery old Dutchman,” at his contracting business. “He had a garage behind his house. It was full of all sorts of wood. I loved getting in there and hammering things together.”

Here’s a good breakdown of the main types of carpentry:

Framer—A framer swings a hammer to construct the “skeleton” of the structure. Framers build walls out of studs, sills, and headers; build floors from joists and beams; and frame roofs using ridge poles and rafters.

Framers tend to be on the younger side, usually just getting started in carpentry, people who don’t mind as much when they have to work no matter the weather.

“There’s not much detail work involved. I mean, they have to have the right amount of fasteners in place and select the right board. But you have to get it done as soon as you can. It moves the whole project along because time is money.”

Finish carpenter—This specialty tends to attract men and women who are detailed-oriented, even artistic. A good finish carpenter needs to be a good problem solver, says Les. “You have to have a clear idea of the end result you’re going for. Houses aren’t always straight, so it’s often like solving a puzzle.”

“I like trim the best. I like the intricacy, the craftsmanship of it. When I got out of high school, I first went to graphic design school before getting into construction, but I couldn’t stand the office dynamics. However, I would still classify myself as an artist, I guess. I like working with the customer to take their idea for the kitchen and make it a reality.”

Cabinet maker—Cabinet makers bring an architect’s blueprints for a kitchen to life through woodwork, cabinetry furniture, and décor. Like finish carpenters, cabinet makers tend to be detail-oriented and will follow their creativity. “A good trim carpenter can make a good cabinet maker and vice versa,” Les says.

Deck builder—Their responsibilities include procuring the lumber for your project, using tools to complete the build, and measuring and cutting materials to build a sturdy deck. “I always enjoyed deck building,” Les says. “You get to be outside. It’s more precision than framing, and as a bonus, everybody gets to see your end product.”

What’s a typical day like in the life of a carpenter? Depends on whom you ask, probably. For example, Les says that when he started his business in 1986, he focused on just one customer/project at a time.

“As I got better equipment and got faster, I changed that,” he says. “Now I usually have something being installed, some in production, some in design, and then the people waiting in line. So a lot of balls in the air.”

How much do carpenters earn? 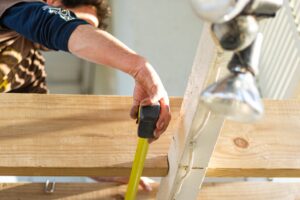 According to the Bureau of Labor Statistics, the median annual wage for U.S. carpenters is $48,000. Overtime is often required to meet deadlines, so the “top end” can be much higher.

“When I started in 1986, I had a Ranger pickup truck and a skill saw and a framing square and a hammer, and I was in business. I didn’t need much. I just hired a young carpenter, 28 years old. I’m paying him $23 an hour.”

Stephen says you can increase your earning potential as a carpenter by getting a builder’s license and starting your own company—but it’s important to realize that it takes more than woodworking skills to succeed as a business owner.

“If you’re a carpenter, you can just work for a builder and you don’t interact much with the customer. I have a big customer base, and all my marketing is word of mouth. I don’t do any advertising. So interpersonal skills are crucial. The growth of your business depends on how you treat customers.”

Les agrees, adding, “I’m an introvert. It’s only now at 63 that I’m comfortable selling. When people want to buy carpentry, they’re buying into you as the carpenter. You’ve got to look at the customer’s kitchen and give them your story, tell them why you’re excited about doing the job. That’s what I’ve found is the best way to sell.”

What training is necessary to become a carpenter?

Roughly speaking, you have two options: One, you can attend a two-year technical school, which comes out of your pocket. Or, two, you can get a four- to five-year apprenticeship, which the union or contractor will pay for. An apprenticeship is a “learn as you learn” arrangement—in that along with working on construction sites during the day, two nights a week you go to class.

“If it was me, I’d go with the apprenticeship,” says Les. “A lot of times, the people teaching at the technical colleges have less training than the normal guy who’s been working as a carpenter for a year. When my son went to technical school, he had to teach the teacher! There’s no substitute for experience. Your first week on the job, you’ll learn more than you’ll learn in four years of college.”

Stephen agrees, saying, “Carpentry is done with your hands. You can‘t learn it from a book. Well, that’s a start, I guess. But there’s no substitute for a good apprenticeship program.” 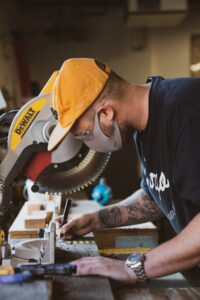 “I think it comes down to vision and patience,” says Stephen. “You try to work as fast as you can, obviously, but you have to think, ‘Am I making something that the customer can appreciate for a lifetime?’ You need to take the extra time to look at the design and see if you can improve it or if there is something artistic you can do, something unique you can do. Anyone can just throw a box together.