Everything you need to know to become a mason 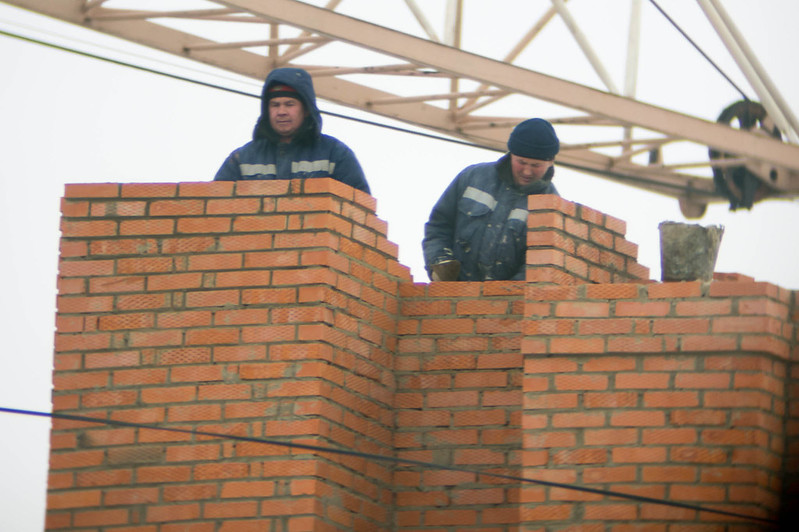 Want to become a mason? Why masonry? Think opportunity. There’s a major shortage of masons nationwide.

“We’re in dire need. I’m always looking for people in their 20s who are interested in the trade—and they’re extremely rare,” said Judd Tanzini, president of The Tancor Corporation, a masonry contractor in Midland, Michigan. “I understand. It’s hot, heavy, and dirty. It’s not glamourous. But if young people can get into it, they’ll learn it’s rewarding—both monetarily and career-wise.”

In this post, we will look at what a mason does, what training is necessary to become a mason, what you can expect to earn as a mason, and what you need to do to stand out from all the other masons. After reading this post, you’ll have a better idea whether masonry is something you want to pursue.

What does a mason do?

A mason uses bricks, concrete blocks, or natural stones to build structures such as walls, walkways, fences, and chimneys. Depending on the building material they specialize in, these workers might be called brick masons, block masons, or stonemasons. Brick masons are sometimes referred to as bricklayers.

Masons can work inside or outside, but if working outside, they usually stop for rain. Rain makes the brick and mortar too sloppy to do quality work.

“There is a lot about masonry that hasn’t changed in hundreds of years,” said Kevin Kroll, masonry instructor at Milwaukee Technical College. “Sure, there’s been a lot of improvements. The brick and block are different than they were years ago—better. The mortars and the colors of mortar have changed. The anchoring systems have evolved, often to become more green. But there’s a lot about what a mason does today that remains the same as it was hundreds of years ago.”

The biggest constant is the sense of satisfaction you get from being a mason, he said. The reward.

“I can drive around southwestern Wisconsin within two hours of my home, and I can point to building after building that I helped build. My kids say, ‘Yeah, Dad, we know. Every time we drive past that building, you say you built it!’” said Kevin. “I can’t help myself. I love masonry! When the college takes summer break off, I’m out in the field working as a bricklayer. I like the extra money, and staying current in the trade is very valuable for my students. I can see the new products and trends.”

What training is required to become a mason?

Most masons complete an apprenticeship, which can take between three and four years to complete. Much shorter programs in basic masonry can be found at some technical schools. On-the-job training is also an option.

Over at Ivy Tech Community College in Indiana, their masonry program is connected with the local bricklayers union—and not everyone who wants in gets in.

“Before they’re accepted into the program, we have them go through a pre-job class,” said Roger Jones, managing director of Ivy Tech’s BAC 4 IN/KY Apprenticeship Program. “We bring them into one of our different training centers and give them an orientation to the trade, and then we give them a math and measurement test. Then we take them to the shop and show them how to spread mortar and put joints on. Then they go before the Joint Apprenticeship Training Committee and show how well they can handle a trowel, their dexterity. Then they go through an interview process.”

In Roger’s program, Quentin Marvin started out at 50 percent of a journeyman’s pay and then moved up in 5 percent increments every six months until he was a journeyman in five years. He’s glad he chose the union route.

“I definitely didn’t want to go with a company where I’m trying to be a bricklayer and they say, ‘Well, you’ll have to be a laborer first,’ and you may never move out of that role. With the union apprenticeship, I start doing what I want to be doing and I learn as I go.”

At Milwaukee Area Technical College, the program is only 16 weeks long.

“We give kids the basic skills to lay brick and block and go out and get a job,” Kevin said, estimating that about half of his graduates go on to get a union apprenticeship. “There’s a lot we don’t cover. Blueprints, for example. But we give the kids enough to get a job, and most of them land a job right away.”

Kevin said many of his students come into his 16-week program with no masonry experience. In fact, a lot of them come to his program simply because the college’s carpentry program is full. Once they see what the work’s about and they see the wage, they’re all in.

“Masons get paid good money, but we work hard,” Kevin said. “Lifting heavy blocks all day is not an easy thing to do. It can get really hot and cold outdoors. So physically demanding and monetarily rewarding.”

How much do masons earn?

According to the Bureau of Labor Statistics, the average annual salary for an American mason is $47,000—but you can go quite a bit higher than that if you’re willing to put in the hard work.

“My students are making close to $60,000 after a few years,” Kevin said. “If you’re working with a contractor who has you working inside so you don’t have any rain days, you could make $90,000, and they’re not foremen. Just steady everyday workers with a little bit of overtime.”\

“I almost quit the second week. I thought, ‘This was very hard!’ We had to flip mortar all day long to get the experience. My hands was hurting. Eventually, though, I got the hang of it.”

Andrew went into masonry with no experience but a sense of urgency. He and his partner had a second child, and they needed more money. “I was working two jobs, one for $9 an hour and one for $15 an hour.” He first worked for a contractor, starting at $20 an hour and eventually moving up to $27 an hour after several years. Then he saw he could make more money on his own, so he formed 321 Brick, Block & Stone LLC. Since then, his earnings have increased dramatically.

What separates the great masons from the good masons?

Said Judd: “First there are the workers. They just have to earn their keep. Then there’s the tradesman. Then in masonry, there’s a level above that: craftsman. You can work with multiple materials. You can do high-quality work at a high rate of production. Then, above the craftsman, you have the artist. They can do things that other masons can’t do no matter how hard they try.”

Said Kevin: “A great mason not only has the good-quality, straight work but also the speed. That’s a huge thing in bricklaying. You can never go fast enough for your contractor, because the faster you go the more money they make. But it’s got to be good work!”

Said Roger: “I’ll tell you what: Training is number one. Take pride in your work. A great bricklayer is the one who is a perfectionist.”

Said Andrew: “It’s the time you put into it. When people rush, you can tell because the quality goes down. That’s why I prefer to work residential. With commercial, it’s all about working as fast as you can.”

Said Quentin with Weigand Construction, “You definitely have to take pride in your work. Lot of times if you’re a carpenter, your work gets covered up, unless you’re a finish carpenter. That’s the great thing about this trade: Everyone can appreciate your work. No one walks into a building and says, “Hey, check out that nice ductwork!” But people appreciate brick structures.”

“There’s lot of muscle work to it, yes. But there’s a lot of technical smarts to it too,” said Dave Monroe, mason with Tancor Corporation. “They’ve got to be able to read and follow architectural and structural blueprints. You’re building out the foundation for everybody to follow. The masonry is the skeleton—so it all falls back on the mason. If the window sizes are wrong, the door sizes are off; it compounds. Everybody else on the site has to deal with the poor foundation. The best masons are the ones who want to be better than all the rest. The competitive spirit.”