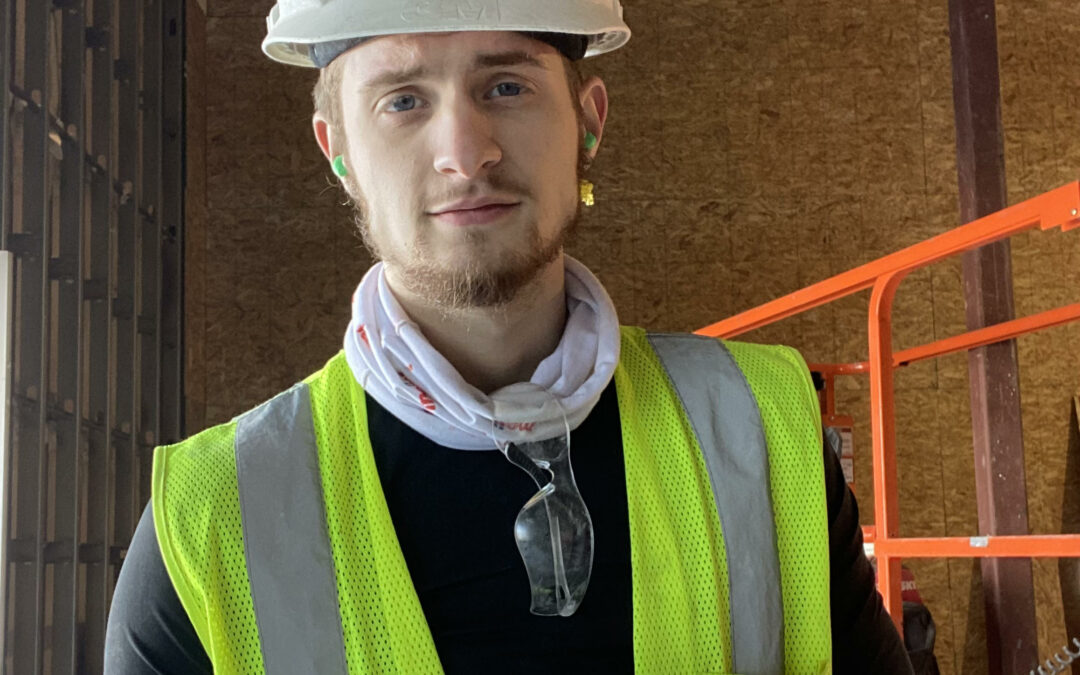 Interested in a career in skilled trades but don’t know how to get started?

A temp agency may be just the thing.

Growing up in Grand Rapids, Mike never thought much about what he wanted to do when he “grew up.” “My dad just said, ‘I don’t care whatever it is you end up doing, but whatever you do be the master of it.’ That stuck with me.”

It’s a long trip to master carpenter, no doubt—but Mike’s taken the first step at age 22. He answered a job ad for a carpenter’s helper—not realizing that the ad was posted by Great Lakes Skilled Trades. (To be honest, he wasn’t even sure what a skilled trades staffing agency was!) Mike came to Great Lakes Skilled Trades after a stint as a construction laborer in Texas. It wasn’t the greatest job in the world—but it gave him a taste for carpentry.

And he loved it.

Your attitude will set you apart

Steve Dubicki, director of sales with Great Lakes Skilled Trades, was impressed with Mike’s enthusiasm about construction when he walked into the branch in Grand Rapids five months into the pandemic.

“He had the perfect resume for getting started in carpentry temp work. We ask for construction experience—but we’re not super strict about what that experience needs to be. Attitude is the main thing. With the right attitude, you can build on even rudimentary experience with temporary assignments.”

For Mike’s first assignment, Great Lakes Skilled Trades sent him to “help out” at local contractor’s effort to remodel a 100-year-old building in Grand Rapids into a local architectural firm.

Basically, the job consisted of screwing together 2-by-4s to create frames/forms as placeholders for windows—plus general cleanup. Beyond that, just doing whatever ever needed doing.

Nothing overly glamorous, but Mike was energized.

“I’ve always enjoyed building things, whether that be something important or just playing around,” Mike said. “Hell, I just built my own bluetooth speaker at home.”

Step 2—catch the eye of the foreman

The foreman, Don, liked what he was seeing, so he took Mike under his wing.

After performing well on that first assignment, the contractor used him on five subsequent jobs, each one giving Mike a glimpse into a new facet of the fundamentals of carpentry.

Now Mike’s starting to like the idea of a career as a carpenter.

“I’m near to pulling the trigger and going for it. It’s a lot of fun—all of it,” Mike said. “My current job is cleaning grout out of a restaurant floor, but if you don’t do your best with every job, what are you even there for? Don’t work simply for the paychecks. Do a job you can be proud of.”

Steve has no doubt Mike will make an awesome carpenter—and, yes, probably someday a master.

“The beauty of construction is there are so many great paths to take,” Steve said. “Somebody could start in residential carpentry and move on to commercial and then industrial or do whichever path they’d like to take. You have people who start their own businesses, people who find niche markets like staging for theme parks, and many others.”

“You can make a lot of money as a carpenter, but if you’re working just for the money, you could end up spending your life doing things you don’t like doing, which is stupid. Better to have a short life full of what you love doing, than a long life spent in a miserable way.”

Hooray for Mike! But what about women? Can they use temporary assignments as a doorway into the trades? Check out: Women make awesome skilled tradespeople.

Okay, you’re in the industry. What are your options? Check out: