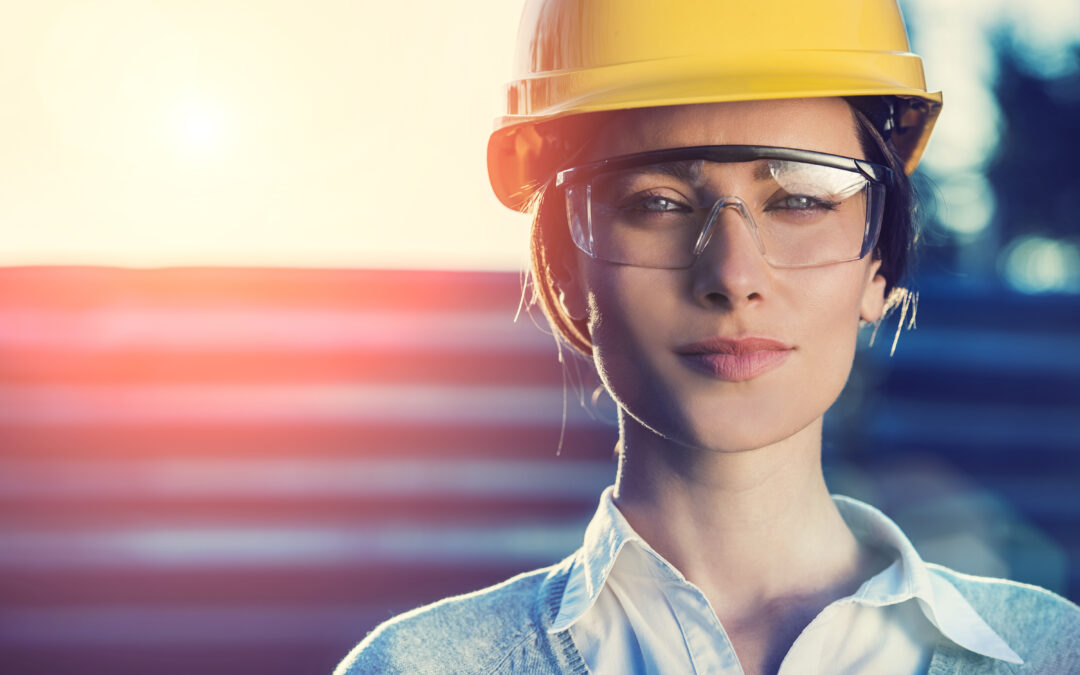 The U.S. Bureau of Labor Statistics tells us that 90 percent of skilled tradespeople are skilled tradesmen. That means for every 10 workers on a jobsite, nine of them are men.

But that’s changing, slowly, as more and more women follow their passion and pursue a job in the skilled trades.

With such a high demand for skilled trades jobs, there’s never been a better time for women to consider a career in construction, plumbing, HVAC, electrical, or wherever their interests in the trades lie.

Great Lakes Skilled Trades recently sent the 23-year-old single mother out to a Grand Rapids contractor as a carpenter’s helper.

Hannah’s story—“I’m learning so much!”

“My dad was really into DIY stuff at home, and he always involved me,” she says. “In middle school, there was an option to take shop class and use all the power tools, and I jumped right in. In high school, instead of math, I took engineering.”

Her goal now is to get certified as a carpenter, a 60-hour class. As a certified carpenter, she’s likely to earn $60,000/year—enough to build a comfortable life for herself and her daughter. That will come when she has a little more extra time and cash. For now, she’s happy just to be doing what she loves for work.

“I’m learning so much,” she says. “For example, I’ve learned I like residential carpentry more than commercial.”

She likes the idea of owning her own contracting company someday but doesn’t want to shy away from getting her hands dirty, too. “Doing everything from start to finish, framing, electrical, plumbing, drywall, finishing—I love doing it all.”

Becky’s story—“Get over any fear”

She could do worse than to end up like Rebeckah Manson, journeyman electrician with Valley Electrical Contractors in Midland, Michigan.

The 41-year-old grew up in Grand Rapids and attended Central Michigan University on a softball scholarship back at the turn of the millennium. She went to school with the thought of being an architect but was fascinated by the hands-on world she encountered when she took classes related to that part of the business.

After graduation, she bounced from job to job—in addition to playing professional softball overseas—before finally deciding to give a career a go as a skilled tradesperson and enrolling at the Greater Michigan Construction Academy, a trade school in Midland. She was one of the school’s first female students. She now fills in as an instructor there.

She’s been able to build a comfortable life as a journeyman electrician with Valley. She owns her own home in Bay City and was able to take her family of four to vacation in South Carolina last year. Her 21-year-old daughter is in her last year at college and hopes to go into the medical field. Her 18-year-old son has been making noises that he might want to be a welder.

First off, don’t be intimidated

“Get over any fear,” she says. “There’s nothing terrifying about the job as long as you have great teachers teaching you and great people around helping you.”

Her team at Valley Electrical doesn’t give a second thought to the idea that she’s a woman. She’s a critical part of the team.

“Sometimes when I go on a new jobsite, some of the guys don’t know how to be around me. I just walk up and say, ‘You be you, and I’ll be me. I can do everything you do, and you can do everything I can do. I may not be as physically strong as you guys, but I don’t have a problem asking for help.’”

Two, don’t take no for an answer

Becky says she received more pushback about her gender when she was looking for that first trades job and watched men who weren’t as qualified as she was get hired ahead of her.

“You can do anything if you set your mind to it,” she says. “The fact that you’re a woman shouldn’t hold you back in any way.”

There’s nothing like the camaraderie of a jobsite. Being part of the team is awesome—even if you’re the only woman. Any initial awkwardness will soon melt away, and you’ll just be peer craftspeople.\

Some common entry level skilled trade jobs to get started are:

“We need more women in the skilled trades, period,” says Stephanie Davis, president of the Greater Michigan Construction Academy. “Most of our skilled tradespeople are men and they are nearing retirement. There’s a huge skills gap that’s already prevalent.”

Interested in a skilled trades career but unsure of where to go? Your local Great Lakes Skilled Trades is available to answer any questions and can help get you started right away.

Women, what’s the right trade for you? Check these out:

Once you get into the industry: How to stand out on a construction site